Letter to the Administration on the Presidential Determination for FY2021

View a PDF of the Letter Here

The U.S. refugee resettlement program is a vital, life-saving program that protects the most vulnerable refugees and helps to reunite families fractured by forced migration. In the midst of the worst global displacement crisis in world history, with more than 29.6 million refugees worldwide, a strong U.S. refugee resettlement program is a humanitarian expression of our core American values, including religious freedom and democracy, a strategic tool to support key allies and help to stabilize sensitive regions impacted by forced migration, and a positive economic driver for many welcoming U.S. communities.

Refugees are individuals who have fled their homes due to a well-founded fear of persecution based on race, religion, nationality, political opinion, or membership in a particular social group in their home country. Resettlement is the last resort for refugees who cannot rebuild their lives where they have first fled or return safely to their home country; it is a critical safety net in the humanitarian system. Less than one percent of refugees worldwide have access to resettlement. Due to ongoing wars, regional instability, lack of economic or governmental infrastructure, and religious persecution, many refugees will never be able to repatriate to their country of origin safely. Additionally, due to particular vulnerabilities such as gender-based violence, and continued threats and discrimination, many refugees will never be able to integrate into the community to which they fled.

Refugees who are selected to be resettled to the United States are the most rigorously vetted individuals to enter the U.S. and must pass through a series of security and medical clearances in order to be approved. Since the inception of the formalized U.S. refugee resettlement program in 1980, over three million refugees have been resettled to the United States. Refugees have become citizens, civic leaders, and entrepreneurs, and have contributed enormously to our country. Thousands of volunteers, houses of worship, and business leaders work alongside recently arrived refugees to ensure they can thrive here and enjoy the liberties and protections offered by our country. Indeed, the U.S. refugee resettlement program is a vital public-private partnership that helps refugees achieve self-sufficiency and a sense of belonging in their new communities.

The COVID-19 pandemic has challenged every level of American society, and refugees have been essential in the fight against this pandemic. Over 176,000 refugees are healthcare professionals treating COVID-19 patients in hospitals and nursing homes and clinics, and over 175,000 are part of the U.S. food supply chain, laboring as farm workers who put food on our tables, and truck drivers and grocery store workers making sure the shelves are stocked. Refugees have been on the frontlines reaching out as new neighbors to help the communities that welcomed them to overcome this virus.

The Presidential Determination for Fiscal Year (FY) 2020 was set at the lowest level in U.S. history at 18,000. Since the start of the U.S. refugee resettlement program in 1980 until 2016, the average annual refugee admissions goal has been 95,000. We urge the Department of State to strengthen the U.S. refugee admissions program as a life-saving foreign policy and humanitarian tool and admit 95,000 refugees in FY2021, a return to historic norms. We believe having a robust U.S. refugee resettlement program is part and parcel of strong U.S. leadership and also promotes democracy and supports the United States’ foreign policy priorities agenda abroad. 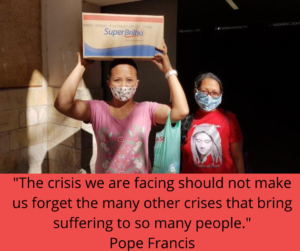 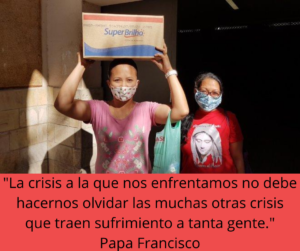 Catholic Letter in Support of TPS Designation for South Sudan

Click here to see a PDF version of the letter

Guided by Catholic social teaching, our first concern when people are facing life-threatening situations is protecting their right to life. With this request, we are also emphasizing the biblical call in Matthew 25:31-46 to ensure that those on the margins of society do not lack the basics of life. TPS protects members of the designated groups from war and natural disaster. With TPS, they are given permission to stay in the United States and are authorized to work and provide support for themselves and their families. Many TPS holders, through remittances, also send vital financial support to their loved ones in their home countries.

TPS for South Sudan was last extended in April 2019 because of the continued existence of armed conflict and of external and temporary conditions that prevent the safe return of people back to South Sudan.1 Applying the same criteria now that led to that decision, current conditions noted below2 are comparable or worse than conditions in 2019 and thus should lead to an extension and redesignation of TPS for South Sudan:

Moreover, COVID-19, a threat not present in April 2019, is another compelling reason to extend and redesignate TPS. Only 56 percent of South Sudan’s population has access to even the most basic primary care3 and there are only 24 intensive care beds and 4 ventilators for a population of 11.7 million people.4 There are 2,490 reported cases so far of COVID-19 and 47 deaths.5 Besides the direct threat of COVID-19, it brings with it indirect threats of crippling the already-fragile health care system, and leaving South Sudanese at greater risk of not only COVID-19, but also malaria, diarrheal disease, and malnutrition.6 Indeed, experts fear that COVID-19 would add as many as 500,000 more people to the 6 million in South Sudan who already suffer from malnutrition.7

TPS serves the humanitarian and strategic interests of the United States, while expressing American values and building good will. Providing TPS is part of our commitment to South Sudan as we help them resolve their conflicts and restore those impacted by the ongoing violence.8 In line with the above policy principles and applying TPS as Congress intended, we urge you to grant the maximum protection possible through an 18-month extension and redesignation of TPS for South Sudan. 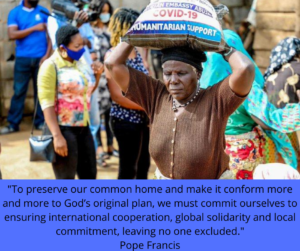 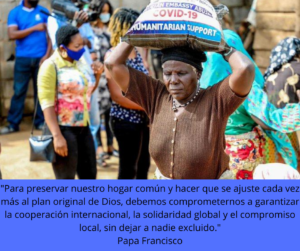 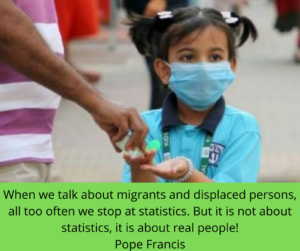 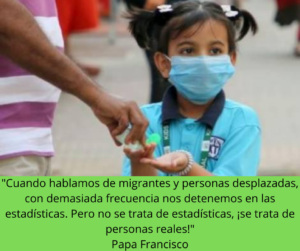 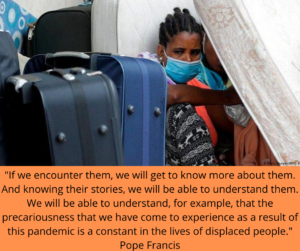 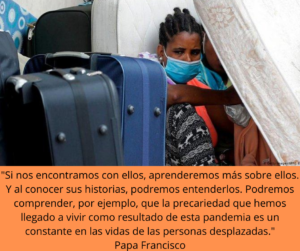 On behalf of the U.S. Conference of Catholic Bishops’ Committee on Migration (USCCB/COM), I write to urge you to add your name as a cosponsor of the “Coronavirus Assistance for American Families (CAAF) Act”,  introduced by Senators Bill Cassidy (R-LA), Steve Daines (R-MT), Mitt Romney (R-UT), and Marco Rubio (R-FL).  Your co-sponsorship of this legislation would be an enormous help in ensuring that \ immigrant families that include a U.S. citizen parent are made eligible for funding in the next COVID-19 package negotiated by Congress. CAAF would help protect some mixed-status families and is an important step in the right direction that we welcome and support. At the same time, we continue to urge lawmakers to ensure that all U.S. citizen children, including those who do not have a U.S. citizen parent,  are eligible for stimulus payments.  This would ensure that they are able to receive support they desperately need, promote family stability, and good health during this uncertain time.

The Catholic Church’s commitment to assisting immigrants is rooted in our belief that all God’s children were created in His image and have a unique and sacred human dignity. Our work on behalf of immigrant families, in particular, is centered around the importance of the family unit to society. As Pope Francis has stated, the family “is the foundation of co-existence and a remedy against social fragmentation.” Families are an essential element of our communities, parishes, and nation; they are what holds America together. Upholding and protecting families, regardless of national origin or  immigration status is vital to our faith and to our country.

CAAF proposes providing a $1,000 Economic Impact Payment to all American citizens equally, regardless of age or dependent status. It would make adult dependent U.S. citizens eligible to receive the payment, including those with disabilities, or college students, and U.S. citizens married to foreign nationals.  It would not make foreign nationals or Individual Tax Identification Number filers eligible for the payment.  It would prioritize families by expanding assistance through an increased child benefit so that a family that includes four U.S. citizens would receive $600 more than it received under the CARES Act.  And it would provide greater assistance to single parents with multiple children who face additional economic hardship as a result of the coronavirus pandemic.

We respectfully request that serious consideration be given to be more inclusive with stimulus aid to all U.S. citizen children, regardless of their parents’ immigration status. We firmly believe that such life-affirming relief for U.S. citizen children should not hinge on their parents’ immigration status. We know that there is much need now for assistance for immigrant families, particularly mixed-status families, who are hurting. From our work supporting and ministering to immigrant communities, we know that their livelihoods and general health outcomes could be greatly improved by this addition.

We are thankful to our elected legislators in Congress for their work in helping our country respond to the coronavirus pandemic and the long road we face ahead in recovery. We ask that you cosponsor the Coronavirus Assistance for American Families (CAAF) Act  as it is a step forward in ensuring that all are included in the recovery efforts. Additionally, we urge you to ensure all U.S. citizen children are eligible for future coronavirus stimulus relief. We must continue to come together to ensure for the advancement of the common good and the inclusion of those who are left on the margins. 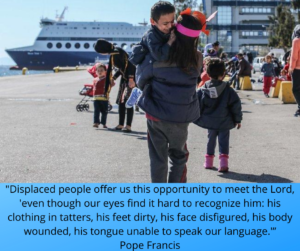 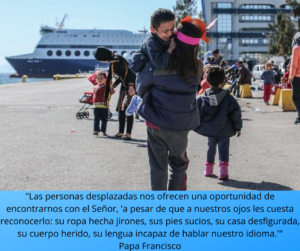