Recently, a group of JFI members took a trip to Central America and shared their insights on the trip and report on the migration situation that is currently ongoing in the region. The slides and recording of the webinar are below. 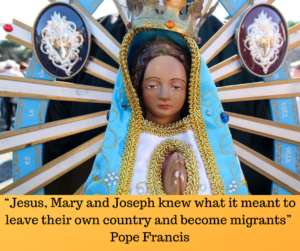 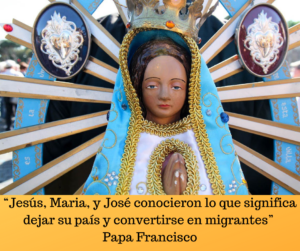 Chair of USCCB Committee on Migration Calls for Reversal of the Expansion of Expedited Removal, cites Family Separation and Lack of Due Process Among Concerns

WASHINGTON— On Tuesday, the Administration significantly expanded the use of a controversial fast-track removal or “expedited removal” process for migrants suspected of being undocumented, and includes migrants who cannot prove to an immigration officer that they have resided in the United States continuously for two years or longer. This move by the Administration gives the Department of Homeland Security authority to remove migrants suspected of being undocumented from the United States while circumventing important due process protections. Most Reverend Joe S. Vásquez, Bishop of Austin, Texas, Chair of the of the U.S. Conference of Catholic Bishops’ Committee on Migration, issued the following statement:

“I call on the Department of Homeland Security to reverse its decision to expand its policy of expedited removal. This action is yet another escalation of this Administration’s enforcement-only immigration approach, and it will have terrible human consequences.  The new policy will allow for the deportation of many more individuals without providing them an opportunity to seek legal counsel and have a hearing before an immigration judge.

Even those migrants who have long-standing ties to the U.S. and have been in the country for more than the requisite two years required under the new policy may now be subjected to expedited removal if they are unable to prove such to the satisfaction of an individual immigration officer.

The implementation of this new policy will have unjust and unacceptable results and lead to more widespread family separation, stoking fear in our communities.” 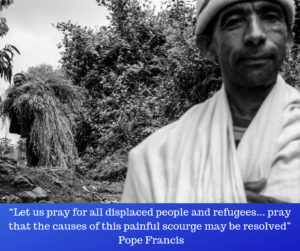 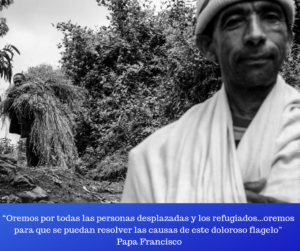 Elimination of U.S. Refugee Resettlement Program “Against the Principles We Have as a Nation” Says Chair of USCCB Committee on Migration

WASHINGTON— Thursday it was reported that the Administration is considering “zeroing out” the refugee resettlement program. This would effectively put an end, at least temporarily, to the United States resettling those fleeing persecution from countries overseas.

Most Reverend Joe S. Vásquez, Bishop of Austin, Texas, Chair of the of the U.S. Conference of Catholic Bishops’ Committee on Migration, issued the following statement:

Every refugee resettled in the United States goes through an extensive vetting process that often takes 18 months to two years to complete. It incorporates live interviews and several extensive checks by multiple departments within the government. Many of these refugees have familial ties here and quickly begin working to rebuild their lives and enrich their communities.

As Pope Francis has said we must work for “globalization of solidarity” with refugees, not a globalization of indifference. Rather than ending the program, we should work instead to restore the program to its historic norms of an annual resettlement goal of 95,000.”

WASHINGTON—Cardinal Daniel DiNardo, President of the U.S. Conference of Catholic Bishops, made the following statement in response to the climate of fear created by the Department of Homeland Security’s announced immigration enforcement actions and the Administration’s new Interim Final Rule to drastically limit asylum, which was published today:

“Enforcement actions like those anticipated this week by the Immigration and Customs Enforcement agency separate families, cause the unacceptable suffering of thousands of children and their parents, and create widespread panic in our communities. I condemn such an approach, which has created a climate of fear in our parishes and communities across the country. I recently wrote the President asking him to reconsider this action.

A stated intent of these actions is to deter Central Americans fleeing for their lives from seeking refuge in the United States. This is both misguided and untenable.  It is contrary to American and Christian values to attempt to prevent people from migrating here when they are fleeing to save their lives and to find safety for their families.

And, in addition to this climate of fear, we have seen the Administration today take further unacceptable action to undermine the ability of individuals and families to seek protection in the United States. The Administration’s new rule on asylum eligibility presents a similar enforcement-only immigration approach. The rule adds further barriers to asylum-seekers’ ability to access life-saving protection, shirks our moral duty, and will prevent the United States from taking its usual leading role in the international community as a provider of asylum protection. Further, while still reviewing the rule, initial analysis raises serious questions about its legality.

I urge the President to reconsider these actions, the new rule, and its enforcement-only approach.  I ask that persons fleeing for their lives be permitted to seek refuge in the U.S. and all those facing removal proceedings be afforded due process.  All who are at or within our borders should be treated with compassion and dignity. Beyond that, a just solution to this humanitarian crisis should focus on addressing the root causes that compel families to flee and enacting a humane reform of our immigration system.

Pope Francis, in his message for the World Day of Migrants and Refugees 2019, reminds us that ‘the presence of migrants and refugees – and of vulnerable people in general – is an invitation to recover some of those essential dimensions of our Christian existence and our humanity that risk being overlooked in a prosperous society.’” 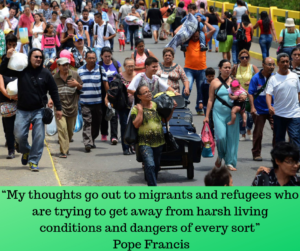 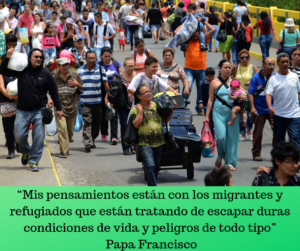 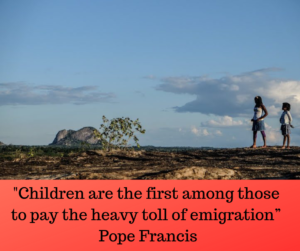 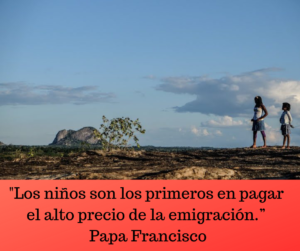 U.S. Bishops’ Chairmen of Migration and Domestic Justice Express Opposition to Proposed Rule that Would Lead to Family Separation and Housing Instability

WASHINGTON— Today, bishops from two committees at the United States Conference of Catholic Bishops (USCCB) expressed their opposition to a proposed rule by the U.S. Department of Housing and Urban Development (HUD) that would lead to separation or housing instability for many families. Bishop Joe S. Vásquez of Austin, Chairman of the USCCB Committee on Migration, and Bishop Frank J. Dewane, Bishop of Venice, FL, Chairman of the USCCB Committee on Domestic Justice and Human Development, offered the following statements.

“The proposed rule would have terrible consequences for thousands of mixed-status families,” said Bishop Vásquez. “It would force these families to make a heartbreaking choice – endure family separation so that eligible members can continue to receive critical housing assistance or stay together and forfeit any such assistance. This choice between unity and stability is one no family should have to make. We urge HUD to withdraw this deeply concerning proposed rule.”

“The right to decent, safe, and affordable housing is rooted in the fundamental dignity of every person,” said Bishop Dewane. “By proposing this rule, HUD acknowledges the need for more housing assistance so that people in need won’t have to endure long waits for programs that are overwhelmed by demand. More must be done to address housing needs in this country, but it must not be done at the expense of mixed-status families.”

You can see the full comments that USCCB submitted in conjunction with Catholic Charities USA, the Catholic Legal Immigration Network, Inc., and the Catholic Health Association on the proposed rulemaking by clicking here.

U.S. Bishop Chairmen Affirm SCOTUS Decision and Urge That All People Count and Should Be Included in Census

WASHINGTON—Bishop Frank Dewane, of Venice, Florida, Chairman of the USCCB Committee on Domestic Justice and Human Development and Bishop Joe Vásquez, of Austin, Texas, Chairman of the Committee on Migration, issued the following statement regarding last week’s decision by the United States Supreme Court in Department of Commerce v. New York, regarding the importance of ensuring an accurate count for the U.S. Census:

“We affirm last week’s decision by the Supreme Court that the inclusion of a citizenship question must ensure genuine reasons for such inclusion. We reaffirm that all persons in the United States should be counted in the Census regardless of their immigration status and reemphasize our judgment that questions regarding citizenship should not be included in the Census. We hope that this view will prevail, whether by administrative action or judicial determination.”