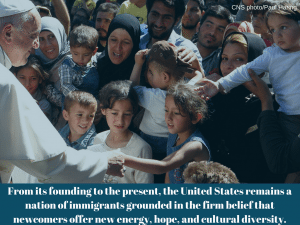 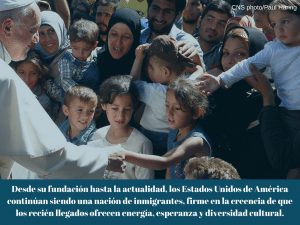 WASHINGTON—On February 20, 2017, the Department of Homeland Security (DHS) issued two memoranda implementing Executive Orders 13768 and 13767, relating to border and interior immigration enforcement.  In response to the memoranda, the Most Reverend Joe S. Vásquez, Bishop of Austin and Chair of the USCCB Committee on Migration, has issued the following statement:

“We recognize the importance of ensuring public safety and would welcome reasonable and necessary steps to do that.  However, the two memoranda issued by Secretary Kelly on February 20th contain a number of provisions that, if implemented as written, will harm public safety rather than enhance it.  Moreover, taken in their entirety, the policies contained in these memoranda will needlessly separate families, upend peaceful communities, endanger the lives and safety of the most vulnerable among us, breakdown the trust that currently exists between many police departments and immigrant communities, and sow great fear in those communities.

Moving forward, we remain steadfast in our commitment to care for and respect the human dignity of all, regardless of their immigration status.  During this unsettling time, we will redouble our work to accompany and protect our immigrant brothers and sisters and recognize their contributions and inherent dignity as children of God.”

WASHINGTON—On February 9, 2017, a three-judge panel of the United States Court of Appeals for the Ninth Circuit issued a unanimous decision upholding a lower court’s temporary restraining order (TRO) blocking the implementation of several key provisions of Executive Order 13769. The TRO was put in place by the U.S. District Court for the Western District of Washington on February 3, 2017. The provisions that that have temporarily been blocked by the TRO include: a 120 day halt of the U.S. refugee resettlement program; an indefinite prohibition of resettling and admitting Syrian refugees; a preference for resettling Christian minorities; a case by case evaluation of refugee admission during the 120 day pause on resettlement; and a 90 day prohibition on entry, travel, and visas for individuals from the seven identified predominantly-Muslim countries of Iraq, Iran, Libya, Somalia, Sudan, Syria and Yemen.

In response to the Appeals Court ruling, Most Reverend Joe Vasquez, Bishop of Austin, Texas, and Chair of the Committee on Migration stated: “We welcome the decision of the 9th Circuit Court of Appeals. We respect the rule of law and the American judicial process. We remain steadfast in our commitment to resettling refugees and all those fleeing persecution. At this time, we remain particularly dedicated to ensuring that affected refugee and immigrant families are not separated and that they continue to be welcomed to our country. We will continue to welcome the newcomer as it is a vital part of our Catholic faith and an enduring element of our American values and tradition.” 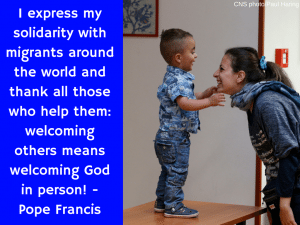 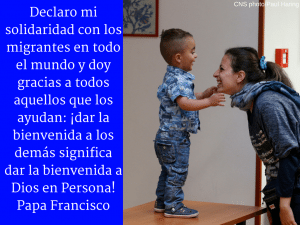 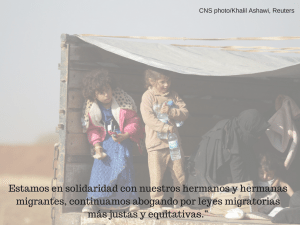 On Friday, February 3rd, we hosted a webinar which focused on the recent Executive Order regarding refugee resettlement. For those of you who were unable to attend live, you can find the slides from the webinar here. Due to the size of the audio, we have it in four parts for you: